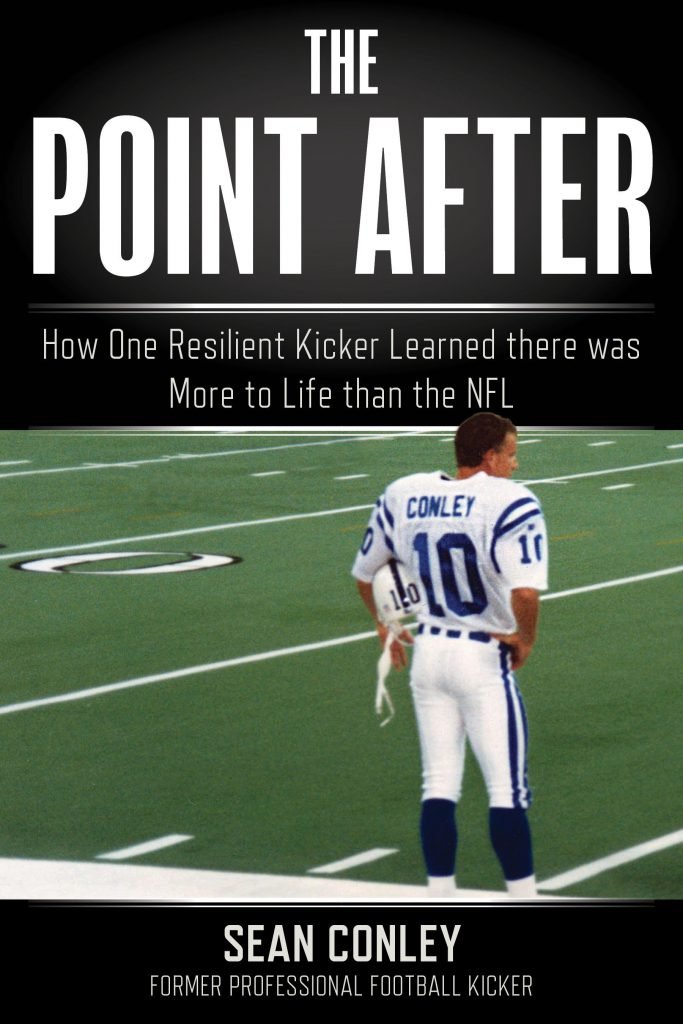 Former NFL kicker Sean Conley (Detroit Lions, Indianapolis Colts, New York Jets) suffered career-ending injuries from overtraining. He began practicing yoga as part of his rehabilitation, and soon embraced yoga’s mindfulness, meditation, and philosophy as a new life direction. Now a yoga teacher himself, he owns Amazing Yoga in Pittsburgh, Pennsylvania, with his wife. His new book is The Point After: How One Resilient Kicker Learned There Was More to Life Than the NFL (Lyons Press, 2020). Learn more at seanconley.net.

The Point After by Sean Conley

“An amazing story! I devoured this book! This was so much more than a football story.”

“The Point After is a page-turner. You don’t have to be a real fan of football to fall in love with this book. 5 stars!”

A vivid account of life in the NFL–and an inspiring story of everything that comes after.

Against seemingly impossible odds, Sean Conley became the starting kicker for the University of Pittsburgh in his senior year. A year later, he suited up for the Detroit Lions. But when he joined the New York Jets soon after, Conley’s injuries caught up to him, and his lifelong dream came crashing down in a crisis of denial and fear.

The Point After is an all-access look at the NFL, one of the most intense workplaces in sports. Conley describes pushing through pain at NFL training camps, surrounded by rookies, All-Pro veterans, and long-shot undrafted free agents, all hell-bent on staying in the game. He recounts the insecurities he dealt with on and off the field, and the despair that overtook him when his career ended.

But while Conley thought life was over, it was just beginning. Transcending football, this is the story of an ex-football player who discovered the true meaning of sports and life, and found happiness in the most unexpected way. Embodying the spirit of the underdog, this is a moving tale of strength, determination, and spiritual grit.

Read on Amazon!
Add on GoodReads!
Tags: memoir, sean conley, the point after